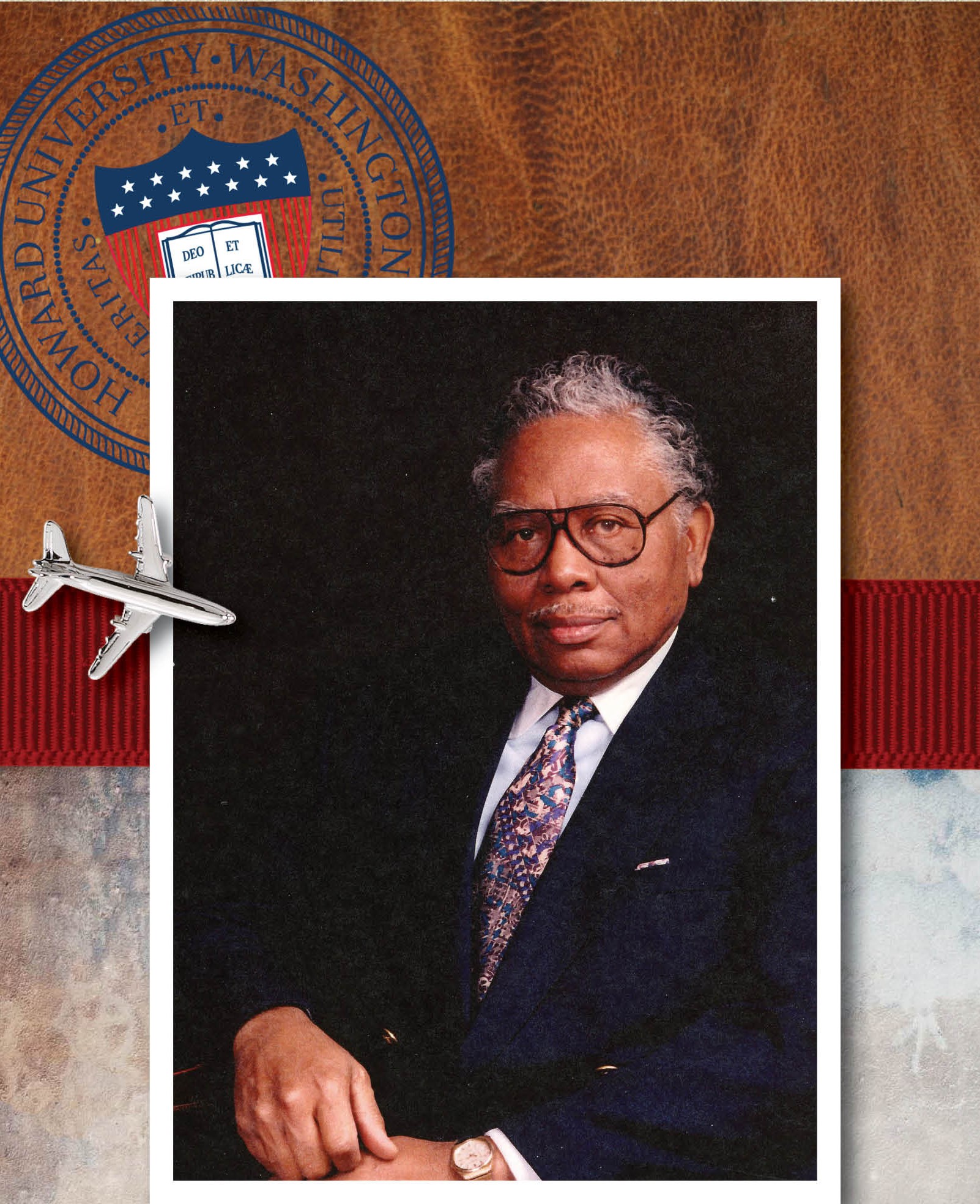 The Jasper Harris, Jr. Aviation Scholarship is intended for BPA college student members in pursuit of an aviation related career.  It can be used for flight training or college tuition.

Jasper Harris, Jr. was a US Army veteran of World War II and one of the original African-American aerospace pioneers hired in 1951 by The Boeing Company.  He graduated in the class of 1951 from the Howard University School of Engineering in Washington DC.

With a B.S. in Electrical Engineering, Harris went to work on the Minuteman Missile Program, Rapid Ground Transportation project, Supersonic Transport and numerous NASA and US government programs.  At a time when no African-Americans were at the forefront of the aerospace industry, he made impactful contributions for The Boeing Company and rose to senior executive before retiring in 1989.

Harris was a major supporter of youth education and empowerment, and he supported any youth interested in aviation careers.  Therefore, it is fitting that the Jasper Harris, Jr. Aviation Scholarship is offered in memory of an amazing man, who not only contributed to, but perpetuated innovation in the aviation industry. 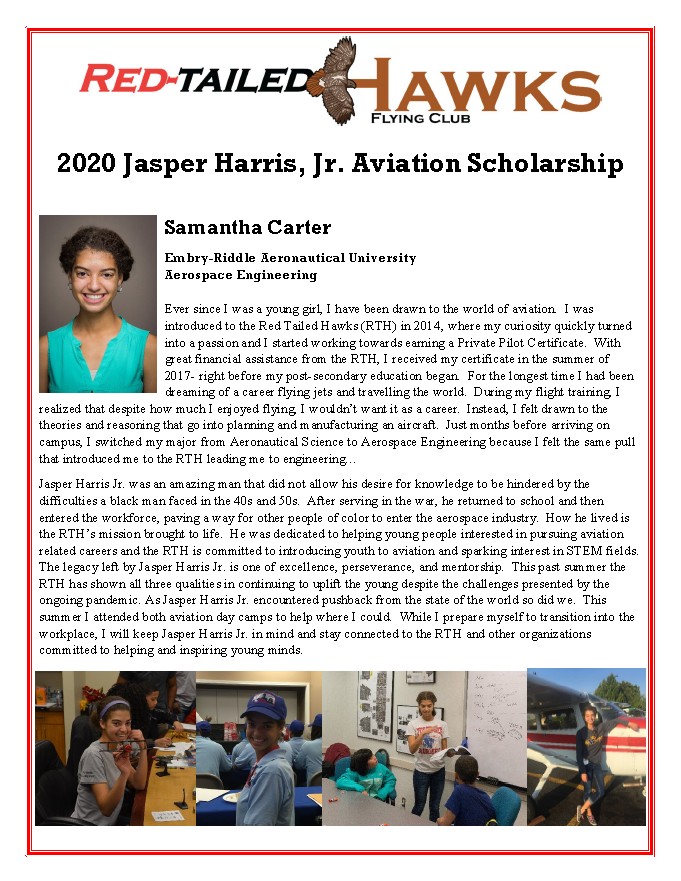 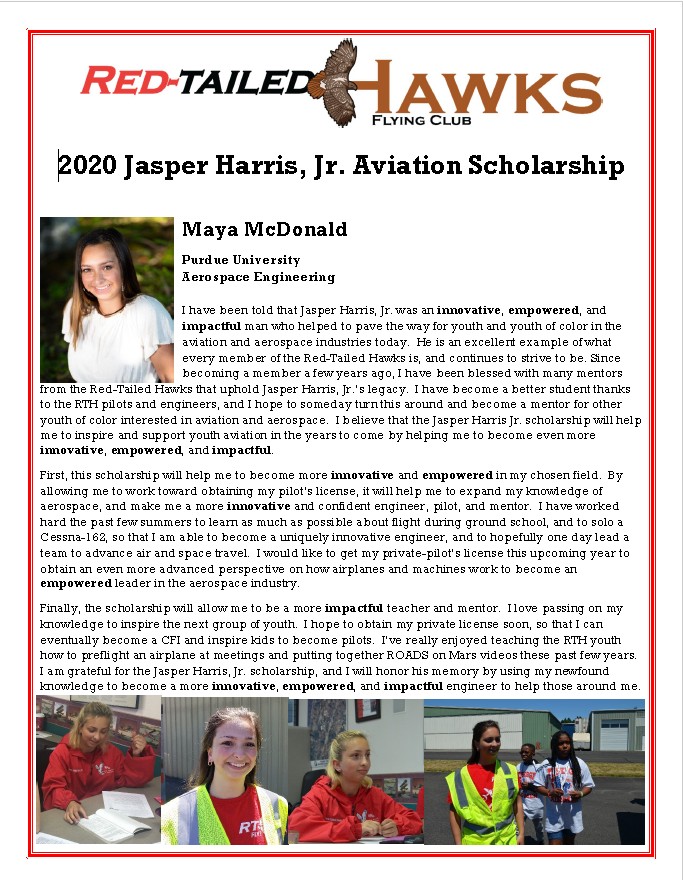 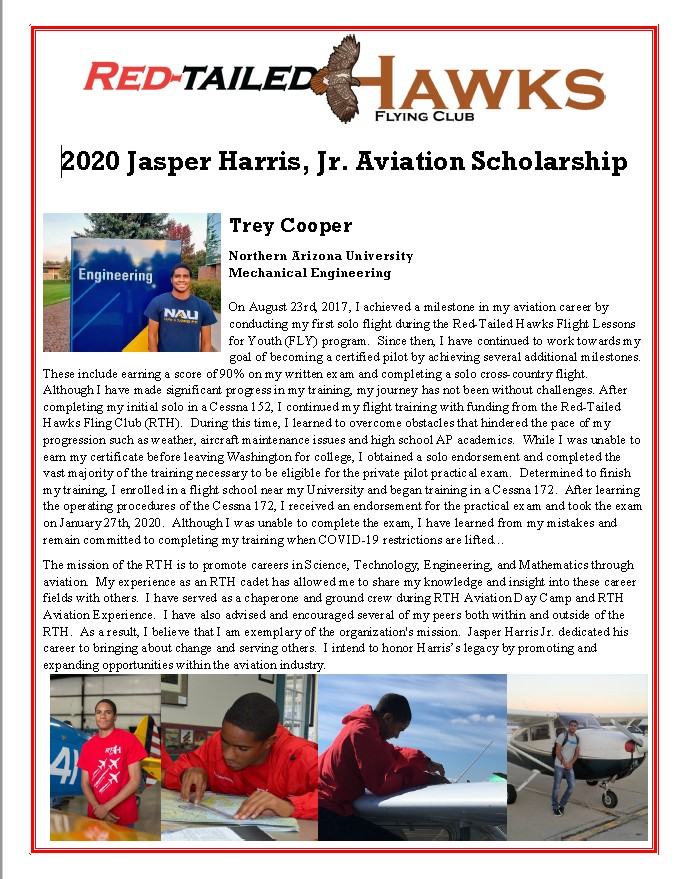 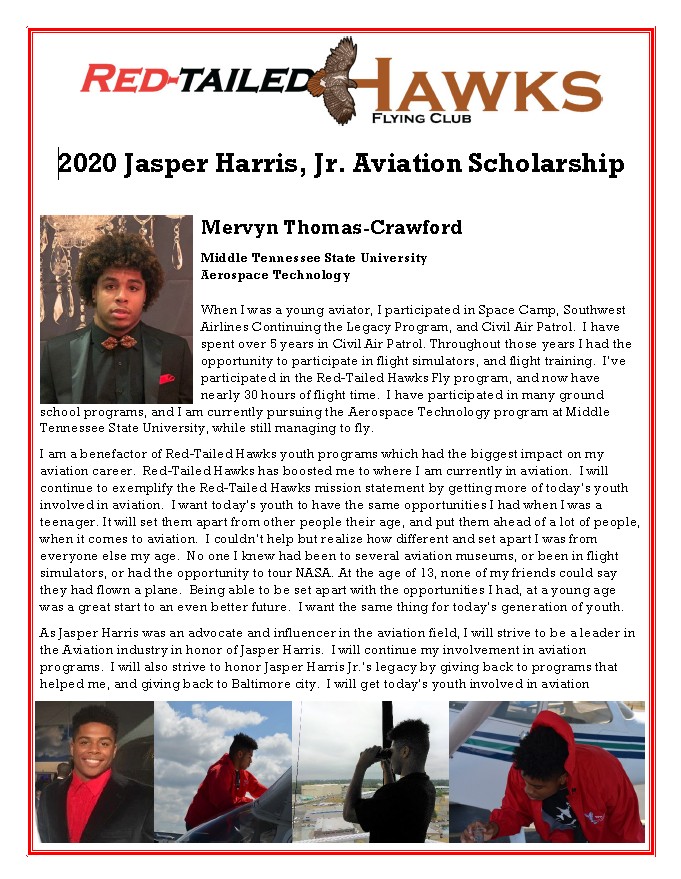 Please share our mission and opportunities for future aviators!